The Importance of Language: Violence against Black Lives and White Supremacy 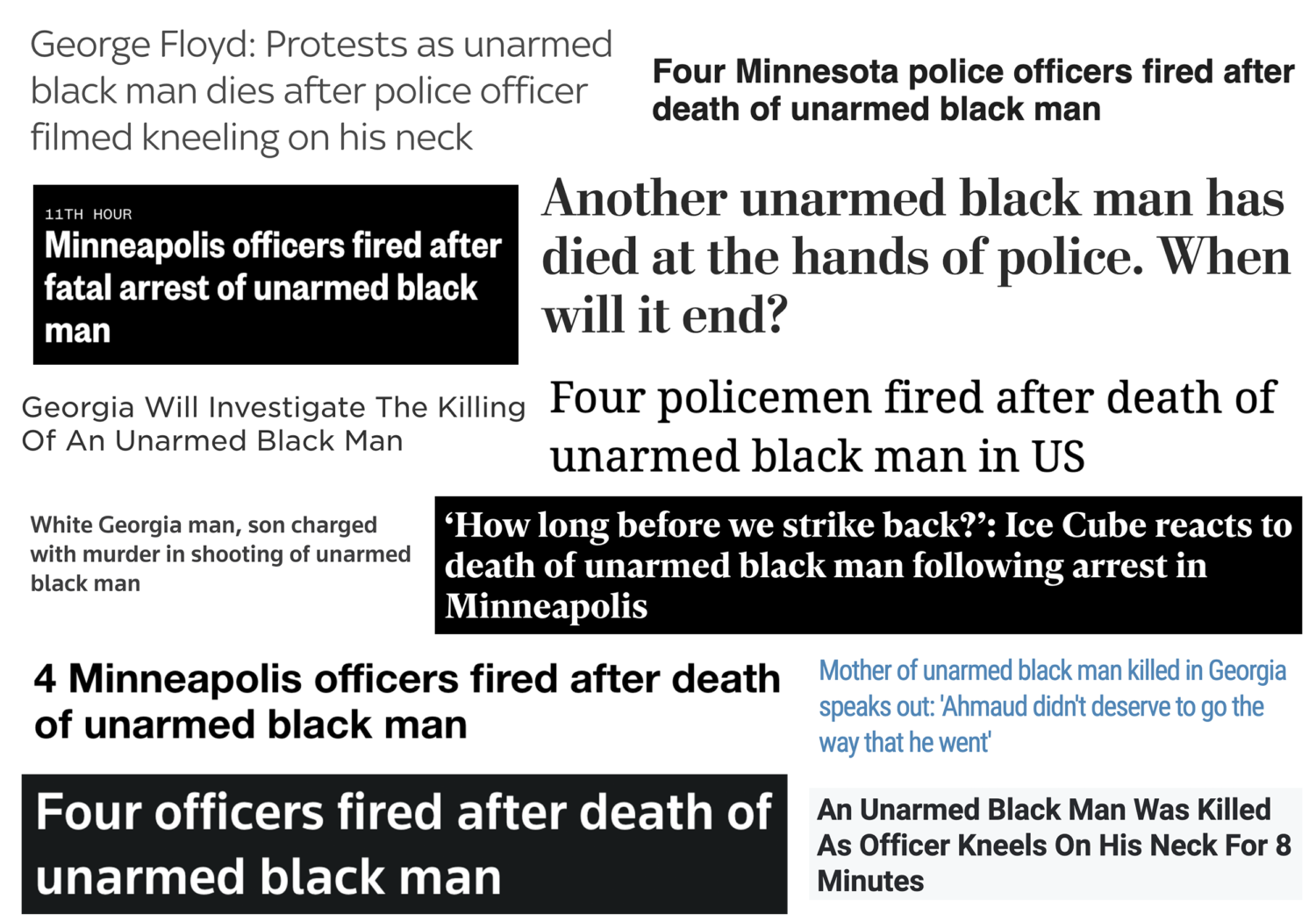 Media, the 24 hour news cycle, social media… we are bombarded with information now more than ever. Sometimes it may seem like we are simply passive observers as the world happens around us, for the immense amount of information we are expected to digest. With so much coming at us, popping up as we scroll on our phones, headlines may simply blur together. But, language is everything. Conscious consumption is key in times like these, so we can call out patterns of bias instead of turning a blind (even if unintentional) eye.

Take the most recent shooting that caused national coverage. Kyle Rittenhouse. Now, think back to Trayvon Martin. Let’s take a look at the situation side by side, as explained by Kiros on Progressive.org…

“Kyle Rittenhouse: seventeen, White, holding a semi-automatic rifle, with a chorus of witnesses identifying him as a killer, walked right past a swarm of police and, unpursued, put twenty miles between him and his victims. The next morning, he was arrested alive and unharmed.

Trayvon Martin: seventeen, Black, holding the Skittles and juice that he’d just bought from a 7-Eleven, is stalked and murdered by a self-appointed neighborhood guard for walking home and “looking about” suspiciously.

One boy lives, one boy dies. Who do you think America has sympathy for?¨

There is severe bias in how violence, specifically shootings – oftentimes involving police, are covered by the news media. According to Politifact, ¨there have been at least 184 mass public shootings in the U.S. since 1900. Among these mass public shooters, non-Hispanic whites make up 63 percent, which is close to what we see for the U.S. population in general.¨

So, it is factually correct that white people are responsible for a majority of US shootings. Yet, the news has a pattern of victimizing, specifically, young white men when they commit an act of violence. Young black and brown men, however? Even when they are the victims, the news has a tendency to criminalize them.

In response to this exact issue, many took to Twitter with a campaign called #IfTheyGunnedMeDown. Black and brown people posted two images: one that could be seen as controversial (a young person at a party should not be controversial but I digress) side by side with a photo from their graduation, job, etc. The idea? Demonstrate that a narrative is easily manipulated, as well as call out the deep-rooted bias in the media. It is not a coincidence that the images of Michael Brown or Trayvon Martin were photos of them with no smile in a hoodie or jersey. There were other photos to choose from – their school yearbook, graduation, etc.. Simple choices such as an image have a subliminal message of ¨innocent¨ or ¨guilty¨ that play into societal bias. 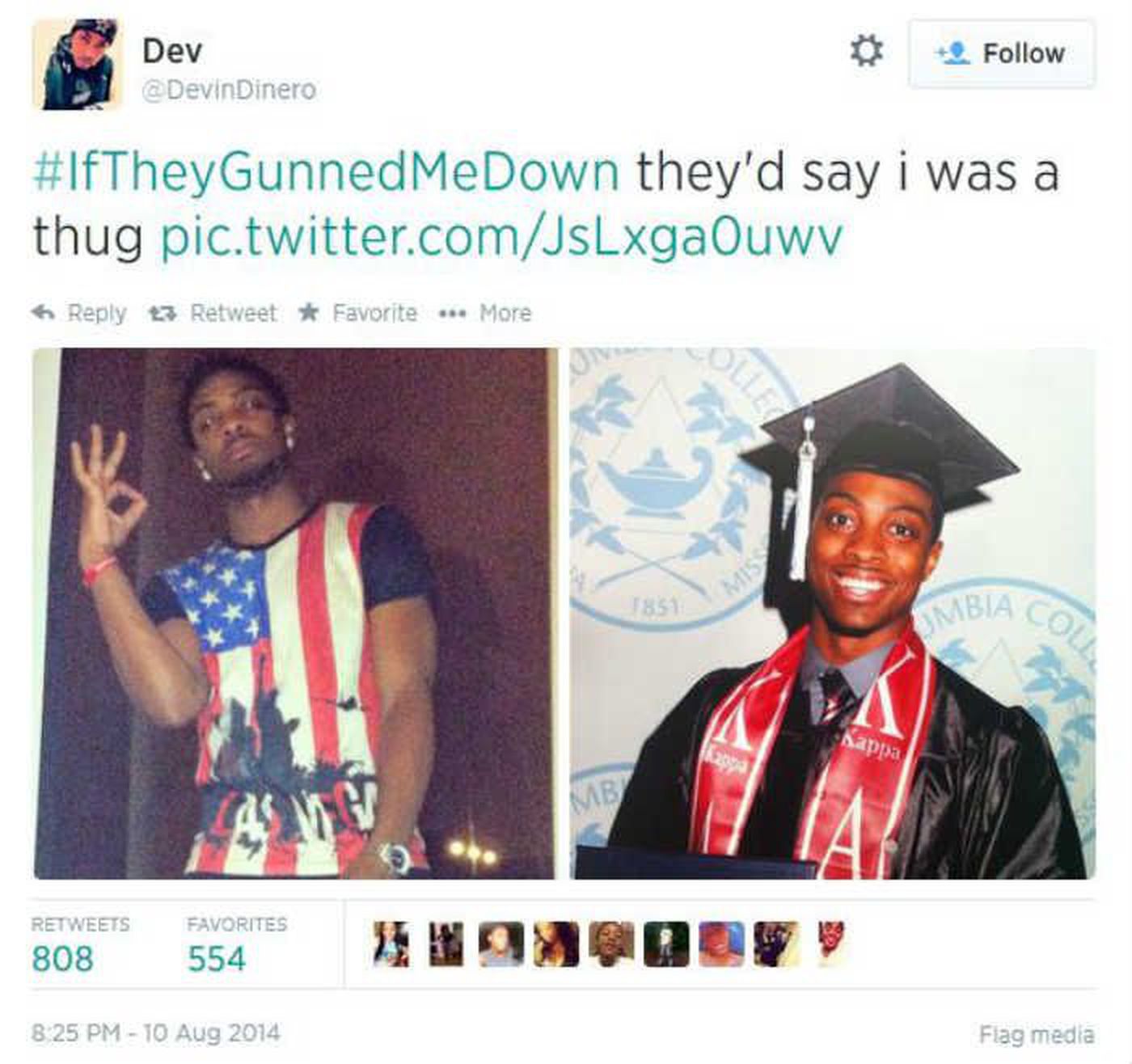 Beyond the image itself, journalism has landed on using the term ¨unarmed black man¨ when victims of a police shooting. Even with a phrase seemingly harmless like this, it can have negative consequences and play further into bias. As explained in Poynter, ¨…if we are assuming black people are armed, that premise is flawed.¨ Karen Yin, a known editor, added, ¨Language itself is complicated, and it changes context. Conscious language lives at the intersection of critical thinking and compassion.” From this, we can understand that language is messy – and it is always evolving. As professionals in the corporate world, it is important to see these critiques and new understandings coming into our everyday lives, then take it to our spaces of work. We must evolve too.

While we can learn from each area of our lives, the news is a great case study to understand how bias can seep into how we view certain events. Take the protests this summer for the Black Lives Matter Movement and in solidarity with George Floyd and Minneapolis. News channels often focused on violence and looting. However, studies show that less than 5% of all the protests had any instance of violence.

What can we take away from all of this? 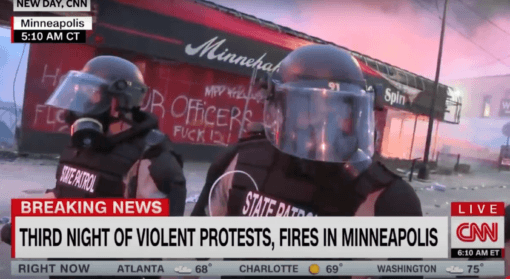 First, remember to do your own research. Journalism, especially national platforms, are focused on sales. Local journalism is often more nuanced and contextualized. It is on us to be well informed. Also, whenever you are scrolling through the news of the day, think about the headlines that pop up. How might that headline be biased, leading you to tap into your own unconscious bias? Every day practice and small moments of self reflection can go a long way.