The Era of Over and Mis-Information: How to Understand News and Facts in the Social Media News Cycle 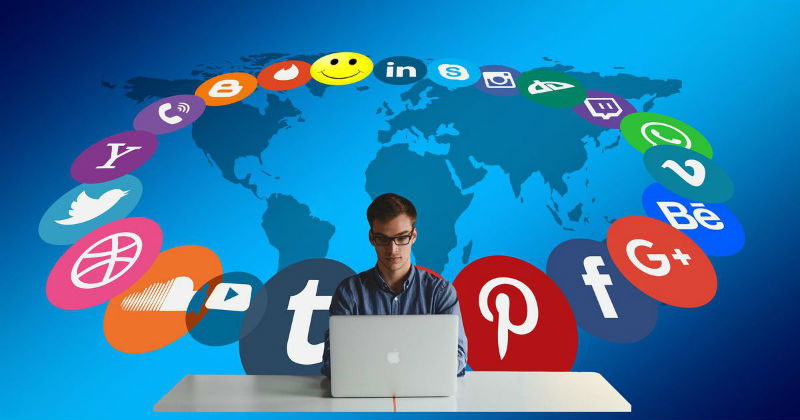 We live in the era of (over) information. Through our phones, computers and tablets we are constantly overwhelmed with headlines, images and tweets. The brain receives 11 million bits per second to the brain, but the conscious mind is only able to process 50 bits per second. So, despite being in a time where more information is at our fingertips, we are not able to process all of that information completely. Our implicit bias and information overload filter what we actually process.

Beyond our mind’s limitations, we now also have to manage social media, clickbait and outright misinformation. We are swimming through a muddled, unregulated space of confusion, sensationalism sold as ‘objective,’ and opinions spouted as truth. This has led to a new, unprecedented division among people. Common ground and compromise seem harder to find. As we enter the 2020 presidential elections, it is time to look through how this division is caused and what we can each do to find valuable information, hopefully bringing us together than further apart.

First, Facebook. We all use it. Really, the company that started off as an indie, grassroots way for college students to connect has become the social media platform that is used by people of all ages and generations. In their widespread popularity, Facebook has become corporate, earning billions of dollars in revenue and has monopolized the market, taking over companies such as Instagram and Whatsapp. What we see as a space for people to connect and see updates of friends and family has turned into much more.

In October of 2019, Mark Zuckerberg was brought before Congress as a part of an investigation regarding political advertisements and misinformation. Zuckerburg has continued to say that it is not Facebook’s job to be ‘arbiters of truth.’ This means that Facebook would not take down any political ads that are sharing outright lies.

Citing the First Amendment, Zuckerburg believes that the public deserves to hear what politicians say, whether it is true or not. While this may be true, there are other reasons Facebook allows for these ads: most importantly, the immense revenue. In a time where Facebook is the source for many peoples’ news, the pertinent question is: whose job is it to distinguish fact, opinion and outright lies? And further, if we can’t tell the difference, what will happen next?

The recent documentary “The Social Dilemma,” available on Netflix is a dystopian look at how we have gotten to this point. Former heads of big tech companies like Facebook, Twitter, Pinterest and others shared how they have made these companies a success. However, what do all these former employees have in common? They’ve left their companies out of ethical concern. These engineers and coders had seen what their technology had turned into, and they couldn’t stay silent.

The documentary, although critiqued for being overly simplistic and alarmist, does share interesting points. Two main technological facets of social media are particularly important to its success: persuasive technology and surveillance capitalism. Persuasive technology is the science of how to use technology to persuade, rather than inform. The persuasion techniques used are why social media is becoming a very real addiction. Surveillance capitalism is a phenomenon that generates revenue through surveillance. In a time where natural resources are dwindling, people – our interests, our consumption, our engagement – have become the product being sold to companies. The documentary looks deeply into why social media is addicting, how videos go viral and why misinformation spread on social media is particularly dangerous to democracy and civil conduct.

What is the flip side of a dystopia where people are not as in control as they may believe? A utopia where UberEats can bring food to your door within twenty minutes, choice of television and entertainment are nearly infinite. The very companies that make people their products are also some of the biggest investors in social justice and climate change initiatives. So, the question is: what is the cost of this ‘utopia?’ Is it even real?

Now, what can you do in the face of these large, existential questions? Really, awareness can be created in small, everyday actions. Firstly, monitor how much time you spend on social media. Instead of constantly checking your email or Twitter feed, choose two times a day to check. Limit your time spent there. When you see a suggested video on your Facebook, look into the sources. Due diligence is needed more than ever in a time of such misinformation. Read news sources from ‘the other side’ in order to get a full picture. Watch the news. Make your own conclusions.
Remember, we are humans – not just headlines. Hopefully we can find our humanity again, in an ever-more digitized world.

Newton, Casey. “What ‘The Social Dilemma’ Misunderstands about Social Networks.” The Verge, The Verge, 16 Sept. 2020, www.theverge.com/interface/2020/9/16/21437942/social-dilemma-netflix-review-orlowski-sarah-zhang-memo-facebook-buzzfeed.

“The Social Dilemma: a Wake-up Call for a World Drunk on Dopamine? | John Naughton.” The Guardian, Guardian News and Media, 19 Sept. 2020, www.theguardian.com/commentisfree/2020/sep/19/the-social-dilemma-a-wake-up-call-for-a-world-drunk-on-dopamine.